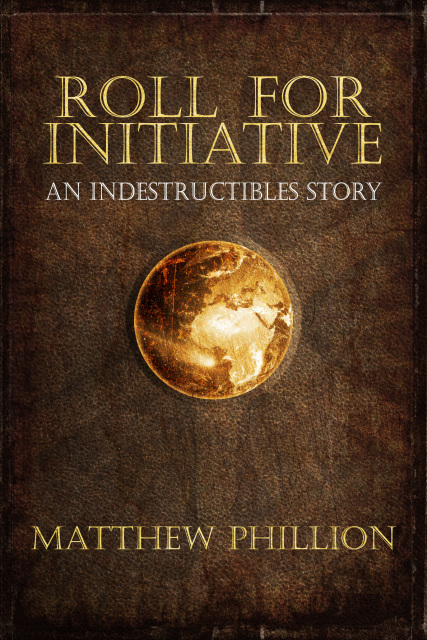 Roll for Initiative: An Indestructibles Story

The Indestructibles, a team of super-powered teenagers, have been busy. Whether saving the world or traveling to alternate timelines, there isn’t much downtime. But when small respite from the action leads them to start bickering with each other, Entropy Emily, the gravity-controlling resident instigator, decides the best thing her teammates can do is have a game night, and leads them—not entirely voluntarily—into a game that seems to be a cross between a classic pen and paper role playing game and dungeon-delving board game. Unfortunately, she pilfered the game from their mentor, the magician Doc Silence—and it turns out the game just might be cursed.

One roll of the dice and the team ends up trapped in a medieval setting, without their powers, and armed with swords, bows, and a little bit of magic. They’ll have to use their wits to figure out the rules of this cursed game, and convincingly play the roles they’ve been assigned, to find their way home.

When you’re a hero, even game night turns into a life and death adventure. Will the heroes find their way home? Or will they remain trapped forever as paladins and bards, rangers and wizards?