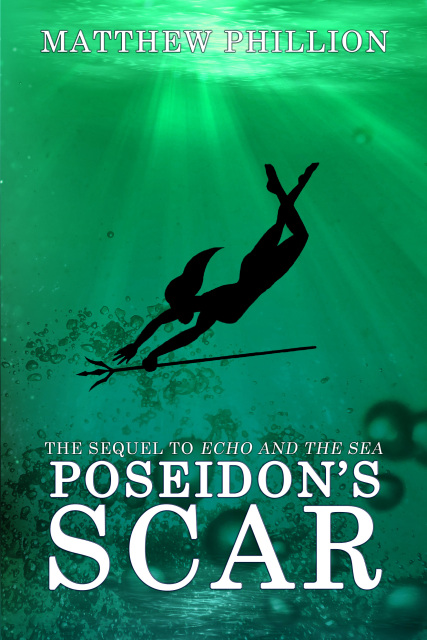 Echo and her crew stopped a war between Atlantis and the surface, but the explosive final battle woke something dark and sinister buried for centuries in Poseidon’s Scar, a near-bottomless trench near the borders of Atlantis. That evil force has begun to make its way across the ocean floor, headed toward the coast and leaving a trail of carnage in its wake.

To stop this ancient evil, Echo and her crew will have to race across the seven seas, teaming up with Amazons and Atlanteans, sea spirits and river gods, to retrieve the mystic artifacts they need to send this monstrous force back to its watery resting place. Along the way, they’ll reunite with missing friends, discover new allies, and face challenges they’ve never seen before, from mysterious necromancers to Lovecraftian cults.

Will this ragtag bunch of warriors, magicians, smugglers, and were-sharks be enough to save the world again? Or will the darkness rising from Poseidon’s Scar being a new age of terror?