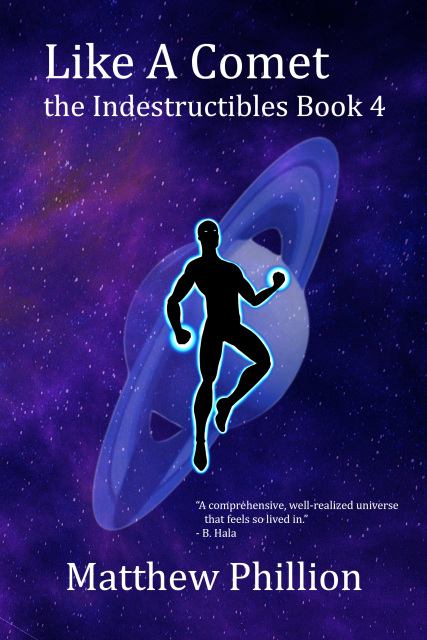 The Indestructibles face their greatest challenge yet: a messenger from the stars, a creature with powers just like Billy's, has crash-landed on Earth with a warning of a pending alien invasion. The young heroes must rally their forces and turn their attention to the stars. It's all hands on deck as the Nemesis Fleet, an armada of living ships and ancient, parasitic, mind-controlling creatures, speeds toward Earth like a hive of locusts. Like a Comet is where the Indestructibles stop being students and start to become the heroes they were destined to be. But will they be strong enough?